International celebrities at home in Darjeeling and Kalimpong

On a recent visit to Kalimpong and Darjeeling, I almost, but not quite yet, met two international celebrities that have settled comfortably in this corner of our country. One, a century-old ginkgo near a former industrial estate in Kalimpong, and the other, a 175-year-old maple on the grounds of a school in Darjeeling. Both have stories to tell that transcend not just time, but also span the globe – and both, rightly so, are icons for botanists in the area.

A nurseryman who grows tens of thousands of azaleas in the corner of a tea estate marvels at the grandeur of the maple that has been witness to his adolescent years. As a schoolboy, he was enthralled by the sight of the maple’s coloured milestones that mark the change of seasons. His fascination with the arboreal kaleidoscope did not diminish with his growing up. Every year, he sees the sinuate leaves take on a new colour, as many as twelve times. Over summer, the foliage gradually lightens from a deep seaweed green to bright shamrock and then soft olive hues. As the days become shorter in autumn, the tree prepares itself for long sunless nights. Less sunlight means less chlorophyll, from which the leaves get their green colour. The green compound first makes space for anthocyanins, darkening the leaves from a bright red to a rich maroon, burgundy, and sometimes cerise and purple. Before the branches become completely bare, orange carotenoids and yellow flavonols take the canopy through another spectrum. Rapid changes from tangerine to rust, sandstone, canary and flaxen yellow carry the tree to its winter sleep. The spring warmth draws out yet another shade–the chartreuse green of fledgling, serrated blades. 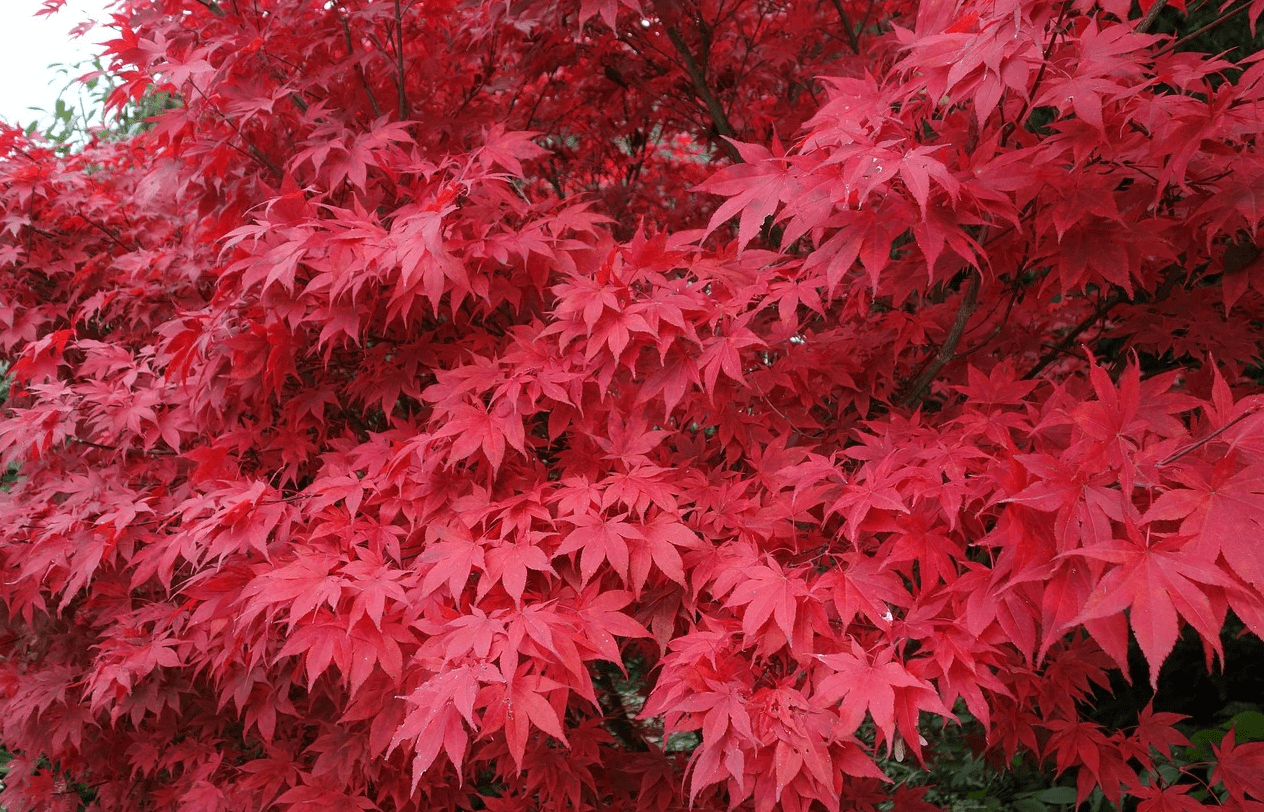 There are numerous varieties of maple. Some are named for the colour of their summer leaves – Red Dragon, Silver, Crimson Queen, and Black; some for the shape of the foliage – Trident, Filigree and Big leaf; yet others carry the name of their native location – Mountain, Manitoba. 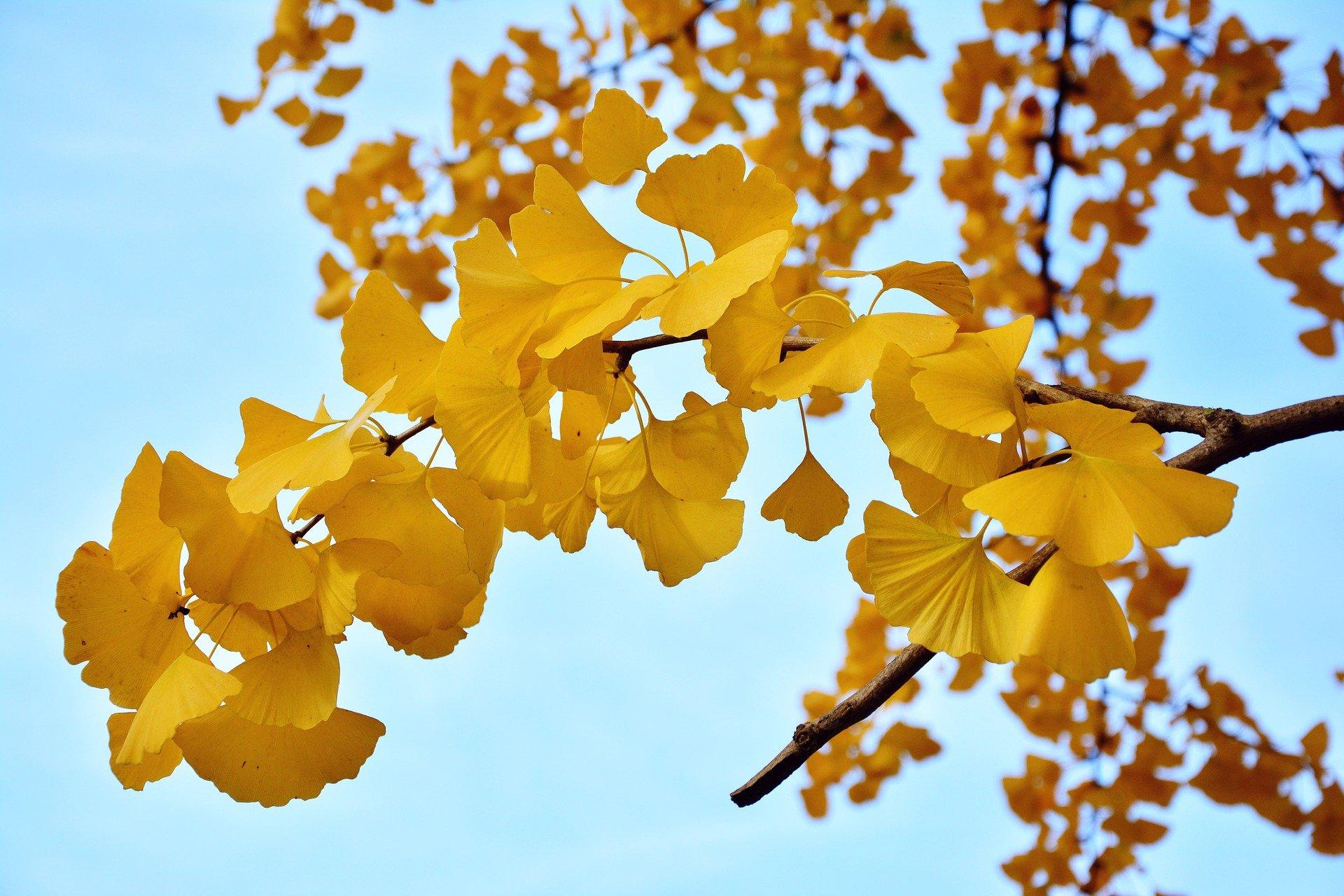 A few maples are native to the eastern Himalayan region, but the Red Maple does not grow here naturally. Native trees are comprised of several single leaved varieties like Sikkimense and Laevigatum, whose leaves are easily distinguishable from those of the foreign settlers. The Red Maple in Darjeeling was almost certainly brought here by the British in the mid-1800s, around the same time when they started transporting Camellia sinesis – the plant that gives us our daily cup of tea – from China to India. The famous English botanist, Sir Joseph Banks had recommended tea cultivation in India as early as 1776. Experiments with imported Chinese saplings began soon after. Still, it took another fifty years before the first leaves of Assam tea were shipped to England in 1823. Over the next two decades tea estates were established in the eastern and western Himalayas. Darjeeling got its first tea estates in the 1850s. Since then, tea has been the backbone of the regional economy. The

My friend thinks that this maple which has observed seven generations of Darjeeling residents go about their lives is a Red Maple. He has successfully propagated twelve maple varieties, but all attempts at reproducing the local red wonder have been to no avail. The usual techniques for reproduction – seeds, cuttings, and air-layering of branches failed repeatedly. Finally, he succumbed to local lore, according to which a stolen branch roots freely. He has asked the school’s ‘permission’ to steal a branch this monsoon and hopes that the lore’s claim holds true. Until that succeeds, the Red Maple of Darjeeling stands solitary in her majesty.

The maple offers strong protection against harmful UV radiation. A study conducted by Dr. Sivajanani Sivarajah and her colleagues at the Department of Forestry in the University of Toronto found that the Crimson King maple was among the trees that offered the highest PF (protection factor) of three among the studied trees.  Therefore, a person can remain safe from harmful UV rays under the shade of this maple for three times longer than if they were unprotected.

The other celebrity settled nearby is the hundred-year-old local ginkgo tree, whom I heard about from a legacy Kalimpong nurseryman.  The nobility of the tree is undisputed – and it is inspirational because the ginkgo’s nobility is not aristocratic; rather it is the nobility of a dignified survivor of cataclysmic events: it is the only living species today whose ancestry is traced back to prehistoric times. Ergo, the ginkgo is also called the ‘living fossil tree’ because it is the only species that was extant before the Jurassic age. Fossil records show that ginkgo trees grew on earth 300 million years ago. This monument to resilience also goes by the paradoxically delicate sounding name of Maidenhair Tree. A fern by the same name has fan shaped pinnules that appear to be miniaturized versions of ginkgo leaves. The common names of the atomic explosion-proof tree and the fern that wilts in dry air, teach us, yet again the folly of judging a book by its cover, or a tree by its name. 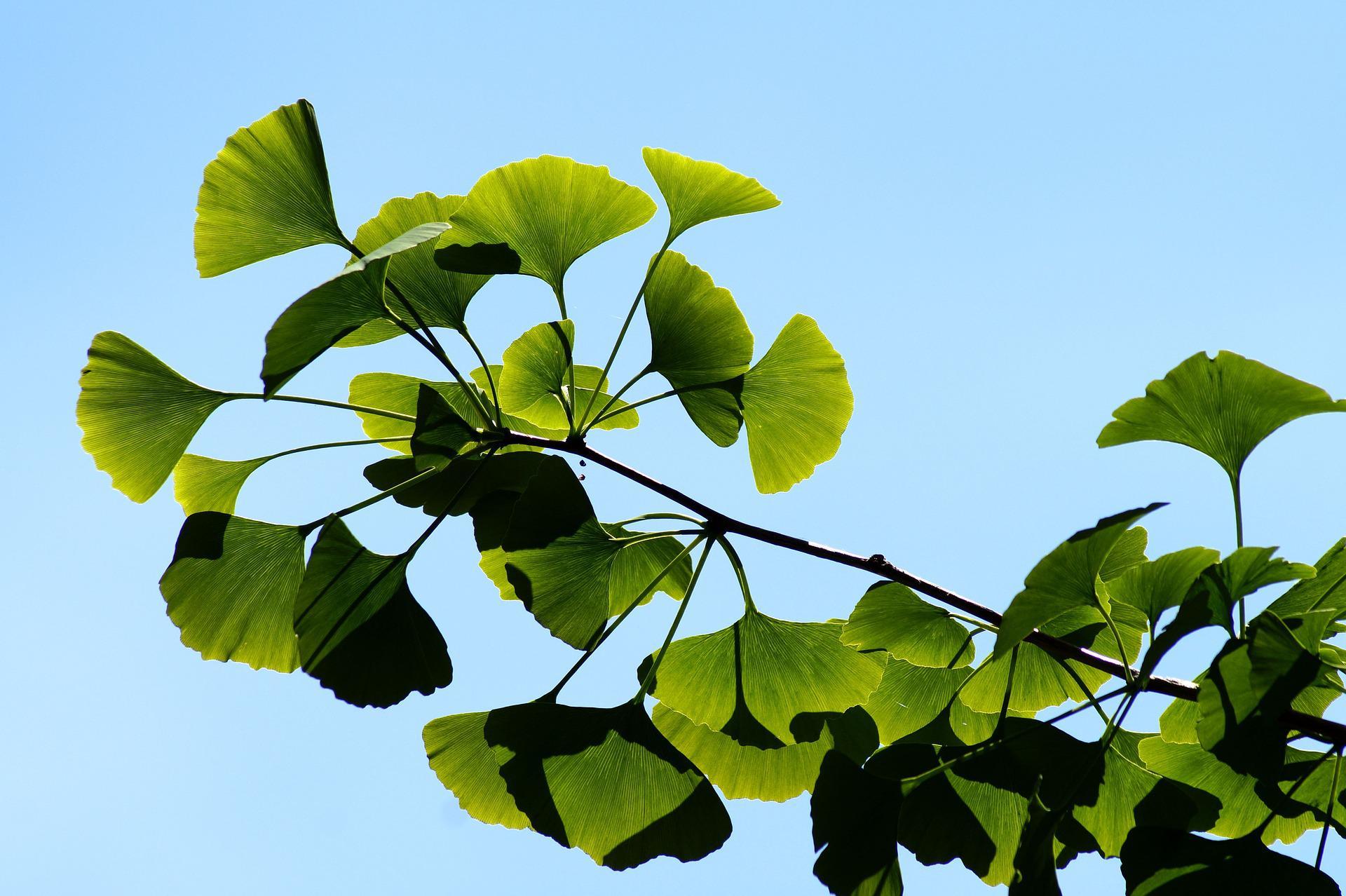 Life has a purpose, and its purpose is to preserve and prolong itself, as J S Haldane wrote in 1883. Botanists who have studied the tree state that the ginkgo releases a protective fire-retardant sap when exposed to high temperatures. This may have been why six ginkgo specimens were still standing in Hiroshima after the atomic explosion there destroyed all life forms around them. Not only did the trees survive, but they also went on to produce buds without any distortion. Their life force remained unaffected by the poisonous cloud of the atomic bomb. The present-day ginkgo can live thousands of years. The ginkgo tree in the Zen monastery in Xi’an, China, is 1400 years old. Delighting visitors every year, the delicate fan-shaped leaves go green to gold in autumn, turning the tree into a vertical gold mine.  In 2022, more than fifty thousand visitors queued up to view the autumnal beauty of the tree.

The ginkgo’s full name is Ginkgo biloba. The second half of the name comes from the resemblance of the leaves to the hemispheres of the human brain. The association with the human brain is made stronger by the qualities of the ginkgo leaf extract. In a paper published in The Indian Forester in 2016, scientists from the Uttar Banga Krishi Vidyalaya in Cooch Behar assert that medicinal preparations made from the extract enhance concentration, cognition, and memory. Their research also suggests that the extract may be effective in controlling the memory dysfunction suffered in Alzheimer’s disease.

A specimen of this noble family of survivors and healers stands tall on the grounds of a former handicraft training centre in Kalimpong. Catherine Graham, a socially committed woman had set up the centre here in 1916. Women, mostly low-wage workers from the tea estates, learnt knitting, weaving, and block printing at the centre to supplement their incomes. The centre was referred to as an industrial park, locally. It is not known how the singular specimen of the Ginkgo biloba travelled south to root itself on the handicraft centre’s grounds. Now an urban green space has been created at the same location – a befitting setting for taking inspiration from an ancestral spirit.

The ginkgo and lobe-leaved maples do not grow naturally in the inner Himalayas. Despite the robust growth of the specimens in Darjeeling and Kalimpong, these trees remain a rarity. They have a long reproductive cycle and a low rate of natural regeneration. The CSIR Institute of Himalayan Bioresource technology is a strong advocate of ginkgo conservation and propagation, on account of its medicinal value. Their study notes that India has only 30 ginkgo trees of which a mere twelve are mature trees, six are young, and the remaining are in near-extinct condition. Acting with missionary zeal, the institute had distributed eight thousand saplings all over India by 2015. 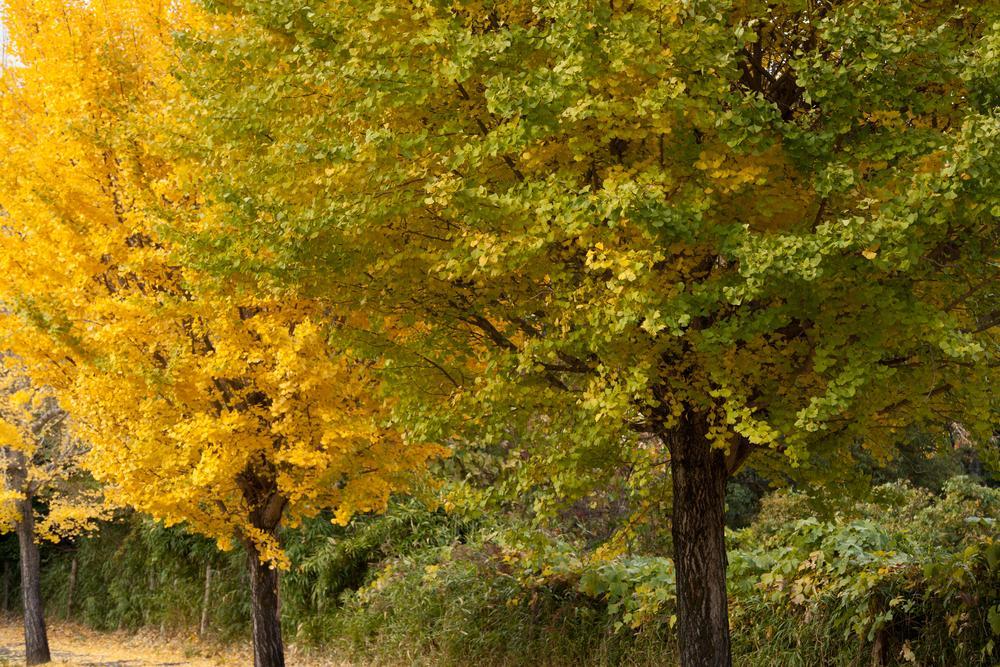 The few viable saplings of the maple and ginkgo available at nurseries are a result of painstaking effort. The saplings are valuable representations of joy and hope. The red maple’s slow yet colourful dance is a continual reminder that change is joyful, and the ginkgo is an invigorating monument to the understanding that lives may be transient, but life is forever. 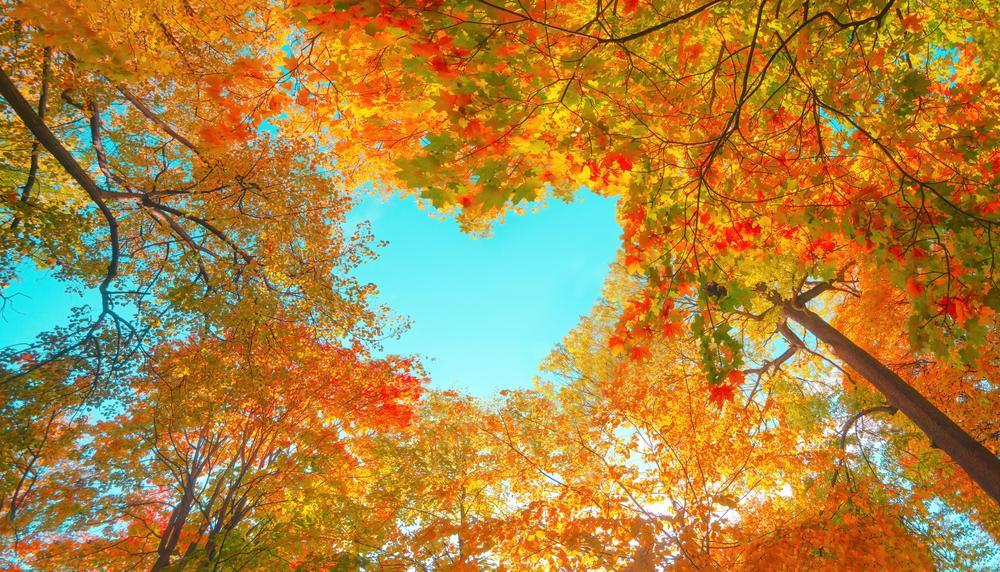 from viverogarden.com. If you would like to procure them, please write to in at info@viverogarden.com, or WhatsApp at +91 83687 98560 now, and they will reach back to you in October.

In June, when it was nearly fifty degrees Celsius in Delhi, I gifted myself a shinrin-yoku in the Sattal forests. Shinrin yoku is Japanese for forest bathing: a form of ecotherapy involving sensory engagement with sights, sounds, smells, tastes and touch of the forest. Coined by the Japanese Ministry of Forestry, Agriculture and Fisheries in […]

Why You Should Use Seaweed Fertilizers?

A care guide to White Berry

White berry, which is popularly knowns as Snowberry is among the few plants with such a fitting name. It is a deciduous shrub, which means its leaves fall off every autumn. White berry welcomes by embellishing itself with a cluster of pink bell-shaped flowers that is later replaced by a cluster of white berry fruit […]

Everything you need to know about Kaner Plant

Colorful flowers are always a great way to pretty up any garden space. They simply add a warm ambiance to your place. Oleander or Kaner plant is a showy and very adaptive shrub that offers a wide range of colors for your garden. It is also called Nerium Oleander where the term ‘Oleander’ means two […]

If you are looking for a flowering plant that makes a distinctive addition for your garden then the Mogra flower plant is your best bet. Arabian jasmine or Mogra flower plants are evergreen tropical shrubs and vines. This evergreen blooming shrub is among the most loved plants in India. As it adorns itself with gorgeous […]

The Marvellous Beauty of Sontakka Plant!

Flowering plants forever create your garden look additional exciting and will stop neighbors in their tracks to admire their beauty. And when you plant a perennial bloom with gorgeous flowers and aromatic fragrances like Sontakka Plant, they please your mood and surrounding.  The Sontakka flowers have magnificent blooms that give out an intense fragrance when […]